Agate in lithotherapy (description and properties)

Composition, training and characteristics of the Agate

TheAgate forming in volcanic areas from water, silica and mineral inclusions (iron, chrome, copper, manganese..). Its hardness varies from 6.5 to 7 on the Mohs scale and its density 2.6.

It is characterized by a succession of color layers with multiple and varied shapes and colours. The most dull specimens are often artificially coloured and then heated to stabilize the color. We easily recognize them in their colours."flashy".

The etymology of the term "Agate"

The Agate takes its name from the river "purchases" (today “Drillo”) south of Sicily where it was prospected in Antiquity.

The different varieties and fields of Agate

There are many varieties of Agate: agate of fire, hornaline, foam agate, agate flower, agate dendritique..

What are the properties and benefits of the Agate in lithotherapy? 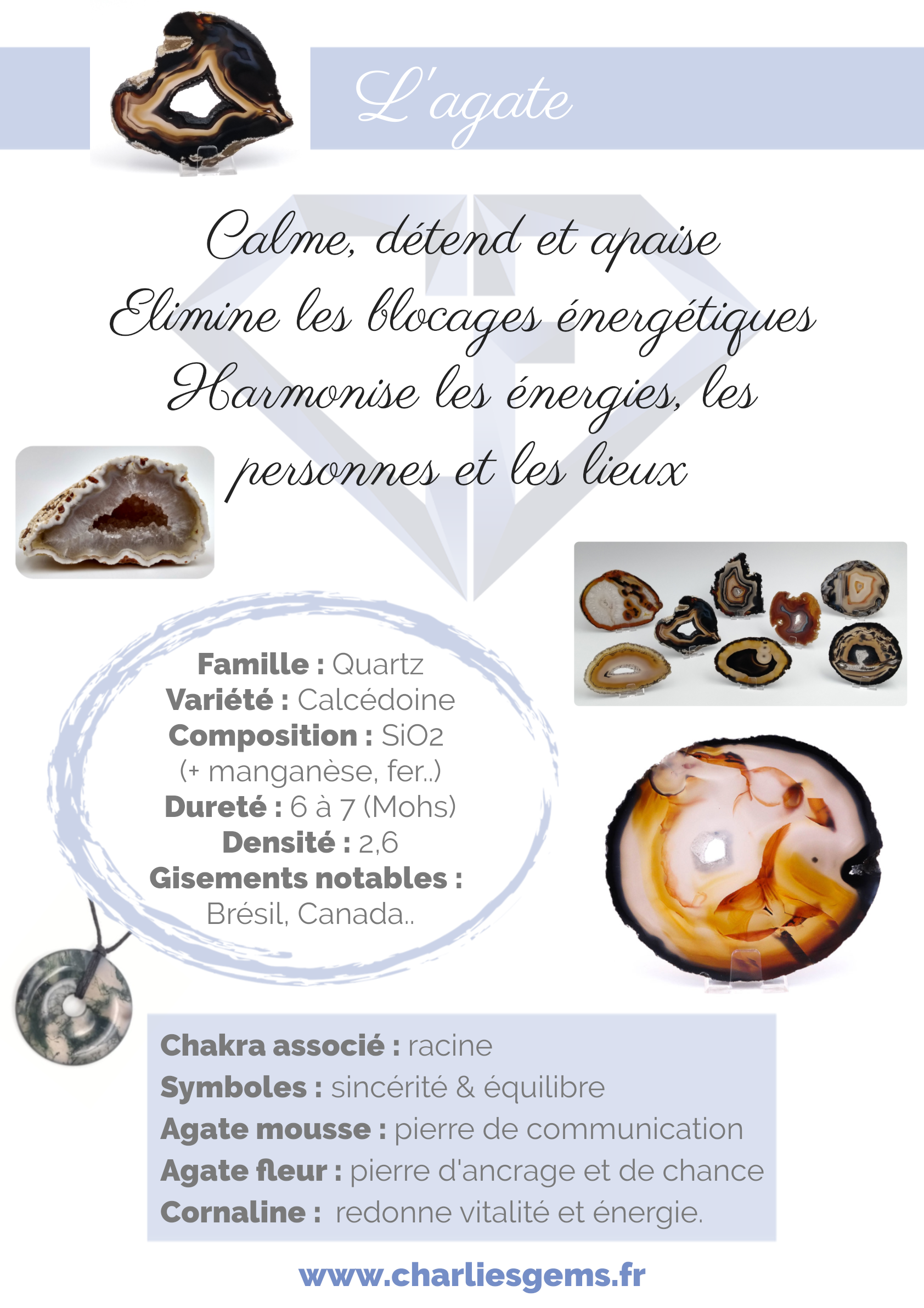 In lithotherapy, the Agate is related to chakra root. It is appreciated for its properties soothing and soothing. It would eliminate energy blockages andharmonizing places and people. According to the testimony, it would be effective to decrease and relieve pain.

It symbolizes the sincerity andbalance.

Here is a table repertorianting the different recharging and purification methods minerals:click here

Before choosing, think about how to find out chemical composition and characteristics Your stones. Indeed, some of them do not support contact with water, salt or sun.